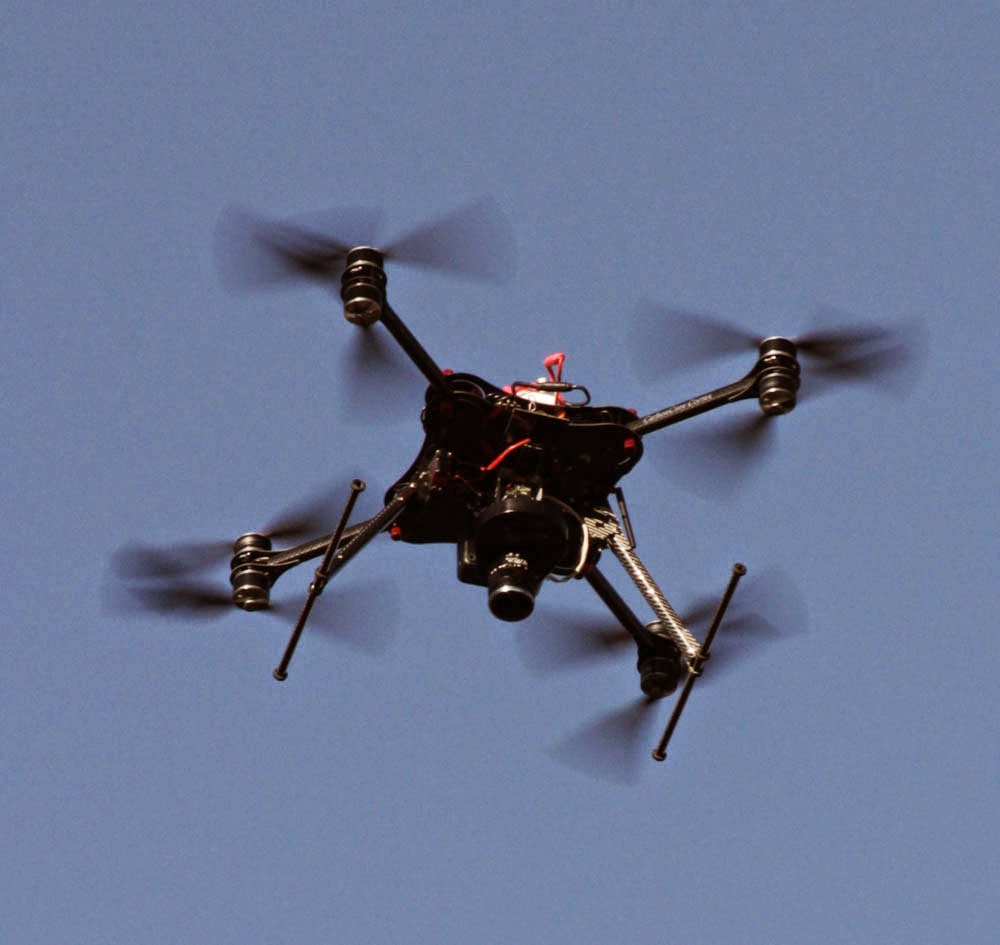 by Tim Haynie, Spectrobotics, Business Development Mgr, thaynie(at)spectrabotics.com Spectral imagery collection and exploitation from a small Unmanned Aerial System (sUAS) was recently demonstrated at the Naval Post Graduate School’s Joint Interagency Field Experiment (JIFX) and the Secretary of Defense’s Rapid Reaction Technology Office (RRTO) Thunderstorm 15-3 for both multi and hyperspectral sensor systems.  While spectral imagery collection and exploitation from high-altitude and satellite platforms have been around for many years and are well-documented, recent advancements in sUAS systems make them an ideal platform for spectral data collection for their increased resolutions, dynamic flight profiles and introduce a new dimension in data collection thinking. At the JIFX, the sUAS platform used for the Pixelteq SpectroCam ™ multispectral camera was an eight-engine multicopter controlled with a 3DR open-source Pixhawk flight control computer as found in many commercial
Post a Comment
Read more...

Artificial Intelligence and Equality: The Real Threat From Robots

By Alex Calvo The World Economic Forum in Davos is always a good source of headlines. This year, media interest went beyond financial and economic issues, extending to the ultimate impact of robots on the future of humankind. In a five-member panel , Stuart Russell, a world leading expert on AI (artificial intelligence) and robotics, predicted that AI would overtake humans “ within my children's lifetime ”, adding that it was imperative to ensure that computers kept serving human needs, rather than being instead a threat to our species. In order to do so, Professor Russell believes that it is necessary to guarantee that robots have the same values as we humans. Assuming that AI and robotics will keep progressing, and there is no reason to doubt they will, it is clear that sooner or later we will face the prospect of machines which are more intelligent than their creators. Furthermore, this may also result in they being self-aware. Once they enjoy this dual characteristic
1 comment
Read more...

by CAPT (ret) Wayne P. Hughes, Jr., USN, Professor of Practice, NPS, whughes(at)nps.edu  "We may be on the leading edge of a new age of tactics. Call it the “age of robotics.” Unpeopled air, surface, and subsurface vehicles have a brilliant, if disconcerting, future in warfare.” Hughes, Fleet Tactics and Coastal Combat, 1999  On 14 December I listened to a lecture by Professor George Lucas entitled “Military Technologies and the Resort to War.” This was for three reasons. First, I respect him as a distinguished expert on military ethics. Second, at NPS we have extensive research in air, surface, and subsurface unmanned vehicles. At the behest of the Secretary of the Navy the many components were recently consolidated in a center acronymed CRUSER [1]  in which the ethics of robotic warfare is included explicitly. Third, a decade ago I addressed the Commonwealth Club of San Francisco on Just War. [ 2] For reasons that will become apparent, Just War Doctrine is inadequate to
Post a Comment
Read more...

Drones on the Frontlines of the South China Sea

Chinese UAV imagery of Senkakus More than one war has started over the control of a group of isolated rocks in the middle of the ocean.  Tensions over disputed East China Sea islands called the Diaoyu by China and the Senkaku by Japan could someday precipitate skirmishes on or over the sea, if not a larger conflict.  It may very well possible that the first shots fired in any sort of combat over these islands will involve growing number of maritime unmanned aerial vehicles (UAVs) flying in the area.  Late in 2013, China established an  air defense zone  (ADIZ) over portions of the East China Sea.  Further south, near the disputed Spratlys, similar issues exists. To help enforce their claims over these areas, China is building a string of 11 drone bases along its coast by 2015. China has operated what is likely a variant of the S-100  rotary wing UAV off PLA(N) ships. China's Coast Guard, which is really the PRC's first line of defense in the islands kerfuffle (or aggress
Post a Comment
Read more...
More posts