Controlling Naval Drones from the Cockpit 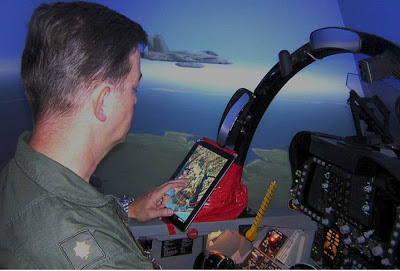 The increase in cockpit workload attributed to new technologies and the shift from two-seat to single seat naval aircraft is taxing human mental capacity.   The Navy envisions that some day swarms of unmanned aircraft will be controlled at least in part by onboard flight crew and the research was designed to gage the impacts of this idea on flight performance.

Data for the study was collected from 34 Navy and Marine aviators who flew three five-minute F-18 simulator sessions where their performance in formation flying was compared during two secondary distraction tasks. The "traditional" task was target persecution with a electro-optical Forward Looking Infra-Red (FLIR) p…
1 comment
Read more...
More posts