OPVs and Drones: An Affordable Match 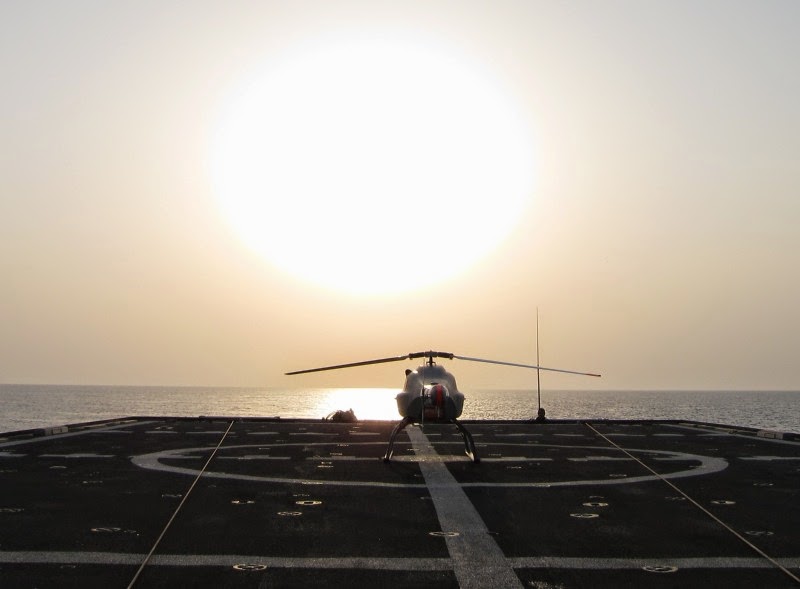 Unmanned systems are finding use on a larger variety of naval vessels, including those normally too small to operate helicopters.  Navies and coast guards operating Offshore Patrol Vessels (OPVs) in particular, are finding that unmanned systems can greatly extend the reach and versatility of these compact combatants. OPVs as a category are not well-defined; they're generally smaller than a corvette, larger than a patrol boat, and feature efficient diesel engines for long endurance,though generally at slower speeds than larger combatants.  They sometimes feature small flight decks (but usually not hangars), small-to-medium caliber naval guns, and a few have short-range surface-to-air missiles for self defense.  Though often conceptualized for coastal defense, the endurance and sea-keeping ability of OPVs often allows them to support global, open ocean missions. Skeldar operating on a Spanish OPV. The list of Navy OPVs operating as drone motherships is growing rapidly.   The n
Post a Comment
Read more...
More posts