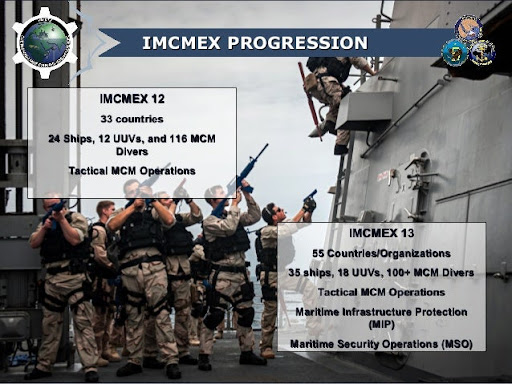 Unmanned naval systems played a significant role during last year's International Mine Countermeasures Exercise (IMCMEX). This year, more than 40 nations will operate 18 Unmanned underwater vehicles (UUVs) in the Persian Gulf during what has become arguably the world's premiere mine counter-measures demonstration.  IMCMEX 13 has also been expanded to include maritime infrastructure protection (MIP) and maritime security operations (MSO) mission sets.  The exercise is breaking new ground both in platforms and tactics.

As with MCMEX 12, USS Ponce will be a major focus area, demonstrating trials of various sorts of mother ship configurations to expedite the deployment of UUVs into suspected mine fields.  This experimentation offers a hedge to mitigate risk against the still yet to be operational Littoral Combat Ship (LCS) mine warfare mission package.  Conceivably, a well-deck equipped amphibious ship could launch MK 18 Mod 2 Kingfish UUVsat a higher rate (via RHIBs) surveying m…
Post a Comment
Read more... 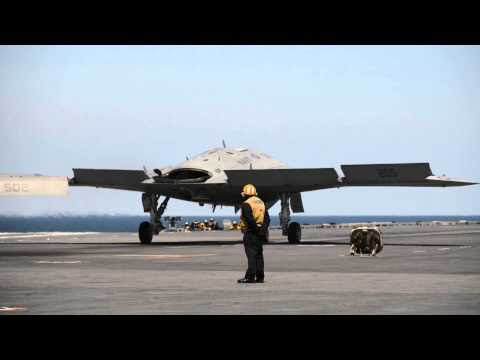 There is a bit of truth in all of these.  Though perhaps the event is best summarized in the words of Vice President Biden.