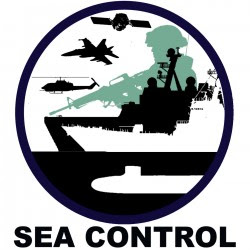 The Center for International Maritime Security's most recent "Sea Control" podcast features an interesting and wide-ranging discussion on future unmanned and optionally-manned naval systems.  Much of the discussion revolves around the challenges of operating large surface ships without manpower, to include some of the more mundane functions, such as maintenance.


Alex Clarke, of the Phoenix Think Tank, proposed the concept of an "unmanned wingman" for Offshore Patrol Vessels performing remote operations.  He also mentioned the possibility of USVs taking on the role of the T-AGOs towed array sonar operations for anti-submarine warfare. Essentially, this concept mirrors what DARPA's ACTUV program intends to do.

Other topics of consideration are unmanned alternatives to aircraft carriers, the difficult question of whether destroying an unmanned vehicle is an act of war, and command and control schemes.
Post a Comment
Read more...

There are numerous advantages of wireless power transfer (WPT) for many remote energy source and battery charging applications. In a WPT system, power is transmitted wirelessly from a base station to a client. The concept was first demonstrated for vehicle propulsion in the mid 1960s. More recently, WPT has been used for charging wireless devices, and commercial WPT charging technologies have appeared on the market under the names Witricity and Energous.

In a typical WPT system, prime power is provided by the base station, converted to radio frequency, and then transferred through space to a receiving coil or antenna. On the client side the received power is filtered, transformed in voltage, and subsequently delivered to the battery or power plant.

Inductive systems use two coils with one located in the charging …
2 comments
Read more...
More posts