Unmanned Systems in Transition: From War to Peace, From Military to Commercial 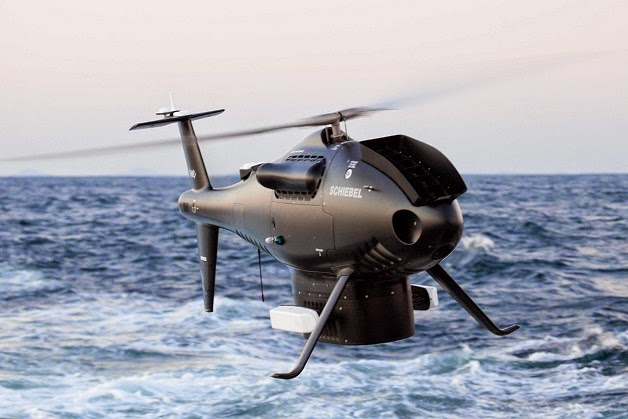 by Dr Bill Powers, Research Fellow Potomac Institute for Policy Studies Center for Emerging Threats and Opportunities Futures AssessmentDivision, Futures Directorate, earl.powers.ctr(at)usmc.mil  Military procurement and operations are moving from war to peace while unmanned systems research, development, and manufacturing are moving from military to commercial use.  As forces redeploy from operations in the Middle East, the peace-time use of unmanned systems (UMS) by the military will reflect a subsequent decrease. Concurrently, progress is being made to provide access to civil airspace, thus enhancing the potential use of unmanned aerial systems (UAS) by civil authorities and commercial users. As these transitions occur, there will be myriad adjustments required by both manufacturers and users of UMS. This will provide opportunities for UMS to be used in ways that are currently only imagined…or demonstrated via YouTube videos. Commercial use of UMS is poised to become a far la
Post a Comment
Read more...

Can small AUVs Work at Sea?

The researchers at CoCoRo continue to push the limits of autonomy and swarming behavior with autonomous underwater vehicles (AUVs).  Recently, they've taken their AUVs out of the controlled laboratory tanks and into the wild, with small scale tests in ponds, lakes, and protected ocean harbors. These robots are prototypes designed to explore small scale autonomous group behavior.  But the ocean tests hint at possibilities of using smaller marine robots to perform useful functions. Unmanned Underwater Vehicles employed in military and research operations range in size from man portable, weighing less than 100 pounds, to monsters such as Boeing's Echo Ranger , which weighs more than 5,000 kilograms. Small scale AUVs weighing less than a few kilograms or so are limited in endurance primarily due to battery size.  More importantly, the ocean environment presents a number of challenges for tinier AUVs including surf and currents, poor visibility, and even hungry marine pred
1 comment
Read more...

By Naval Drones - March 16, 2015
Editor's note: Reprinted with permission from the Naval Postgraduate School's  CRUSER News .  by LCDR Nathaniel Spurr, NPS Systems Engineering Student, ncspurr(at)nps.edu  The objective of the Center for Technology and National Security Policy (CTNSP) symposium held on February 24th 2015 at the National Defense University was to foster an open, unclassified discussion regarding the potential that unmanned system autonomy has within the Department of Defense (DoD) in the 2025 timeframe. This topic was of critical importance to the development of SEA-21A’s integrated project that seeks to provide a recommended maritime system of systems (SoS) to support over-the horizon targeting (OTHT) in a contested littoral environment during the same period. The symposium began with a keynote address by General James E. Cartwright, USMC (Ret), former Vice Chairman of the Joint Chiefs of Staff where he emphasized the partnered role of autonomy and human interaction, followed by presentatio
Post a Comment
Read more...
More posts