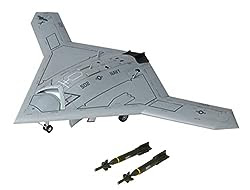 As the requirements definition for the U.S. Navy's unmanned carrier aircraft ( UCLASS )  program to de velop a long duration, carrier-based unmanned air system sits stalled awaiting an  ongoing Office of Secretary of Defense (OSD) ISR UAV review due sometime this fiscal year , one thing is sure: the longer the decision is delayed, the later this important capability - in whatever form it eventually may take - will hit the fleet.  The aircraft's original initial operating capability has already slipped from 2017 to no earlier than 2023. Possibly in an attempt to break the ongoing analytical logjam, informed naval analysts have begun to suggest alternatives to the binary decision of simply buying a UCLASS specialized in ISR and light strike or one that is optimized for long-range, penetrating strike. Bryan McGrath, Deputy Director of the Center for American Seapower, came to realize the importance of a long-range, carrier-based scouting aircraft while researching the report
Post a Comment
Read more...
More posts