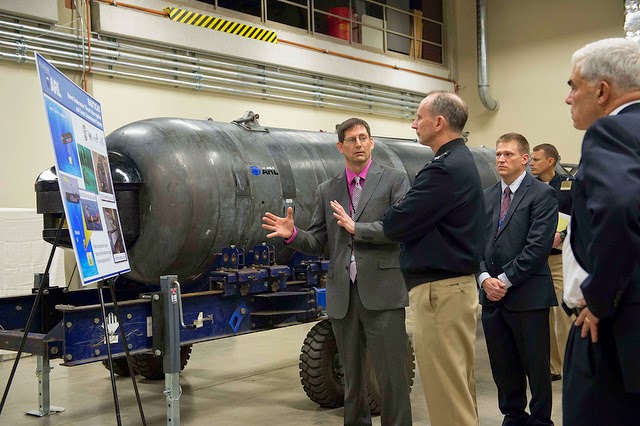 Since he assumed office in 2011, the development of unmanned systems payloads has been a priority during the tenure of U.S. Chief of Naval Operations Admiral Jonathon Greenert.  His recent Position Report provides updates to several programs discussed in his original Navigation Plan.

Highlights related to unmanned systems include:

Unmanned Air Systems
"We continued testing the X-47B Unmanned Carrier Aircraft System Demonstrator, and for the first time, we executed simultaneous flight operations with manned and unmanned aircraft in the carrier
environment." Interesting, there is no mention of the oft-delayed UCLASS program request for proposal.