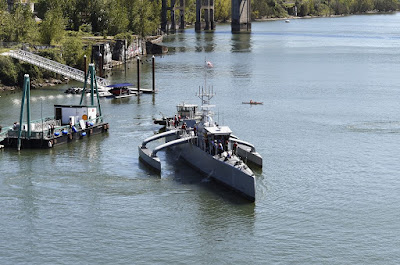 By Javier Gonzalez  The U.S. Navy is currently working on a new Fleet Structure Assessment, the results of which will eventually help inform the long-term force structure goals of the Navy’s 30-year shipbuilding plan. This ongoing analysis was generated due to the realization that some of the assumptions used to develop the current goal of 308 ships have changed significantly since its proposal in 2014. The Russian resurgence and China’s rapid military buildup defied expectations, and a review of the Navy’s force structure was absolutely warranted. The conundrum and implied assumption, with this or similar future force structure analyses, is that the Navy must have at least a vague understanding of an uncertain future. However, there is a better way to build a superior and more capable fleet—by continuing to build manned ships based on current and available capabilities while also fully embracing optionality (aka flexibility and adaptability) in unmanned systems. Additionally, and
Post a Comment
Read more...
More posts