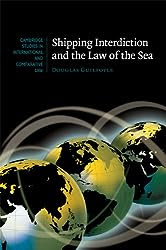 Intercepting and boarding ships for inspection is one of the most common naval missions. These operations are called VBSS, or Visit, Board, Search, and Seizure in naval parlance, and used to enforce sanctions, disrupt illicit smuggling, and impose blockades in wartime.  In the United States, all of the maritime services - Navy, Marines, and Coast Guard - have some form of VBSS teams. VBSS operations range from routine health and safety inspections to high freeboard opposed boardings, the latter category generally conducted by Naval Special Warfare forces.  In any event, even routine vessel inspections can be dangerous. Robotics technology shows potential to mitigate some of the dangers of VBSS. One of the riskiest aspects of any boarding operation is simply getting onto the ship.  A vessel's freeboard is the distance from the water up to the main deck level, which is where most teams will embark. On some ships or smaller indigenous craft such as dhows, a boarding team can simply
Post a Comment
Read more...
More posts