On Defending Ships With Counter-Measure Drones 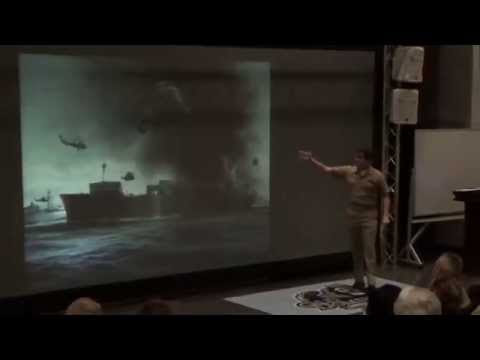 Lieutenant Matt Hipple, United States Navy has begun a full court press to use unmanned systems as a form of defense against anti-ship missiles.   Here in Proceedings , he discusses the concept of unmanned aerial vehicles as a decoy to draw fire away from naval vessels. Matt sees these systems as a viable alternatives for shipboard defense to those currently in use, to include missiles, close-in-weapon gun systems, active electronic jamming, and passive distraction measures such as chaff. Here, he presents his case to  Athena East , When considering the ever-increasing numbers of sea and shore-based anti-ship missiles versus a smaller inventory of expensive defensive Standard missiles, the concept sounds reasonable.  The idea of aircraft as defensive ship decoys certainly isn't new.  In the Falklands conflict, Prince Andrew flew his helicopter in this manner to defend against Argentina's Exocet missiles.  "The helicopter is supposed to hover near the rear of the a
Post a Comment
Read more...
More posts