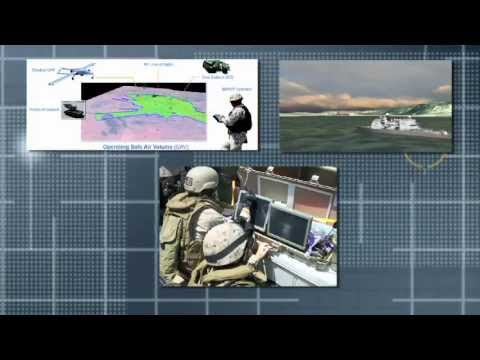 In a previous post, we cited funding threats to U.S. Navy unmanned systems programs and specifically called out ONR for some questionable R&D efforts.  In an effort towards fairness, the below video explains how ONR is working with other partners on a Common Control System for unmanned vehicles which will provide joint interoperability and produce a significant return on investment.  CCS is a hardware-agnostic tool using Kutta Tech's Bi-Directional Remote Video Transceiver to not only view sensor feeds from UAVs, but to control the sensors themselves and reduce operator workload.

India Looks to Prevent Another Mumbai Attack With UAVs

India's growing unmanned aerial vehicle fleet is being put through its paces in defending against a future Mumbai-style complex terrorist attack.  During a 48-hour long exercise, Gemini-2, UAVs from the Navy’s 342 Air Squadron cued patrol boats and coastal police to thwart mock terrorists attempting to infiltrate Southern India's shoreline from the sea.  The first iteration of Gemini was held in November 2012 and other multi-agency coastal security exercises ('Sagar Kavach') have been conducted frequently since the Lashkar-e-Taiba attacks on Mumbai in 2008.