Drone Motherships – In the Sky! 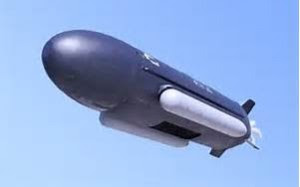 In a piece in mid-December, our partner site NavalDrones detailed  the U.S. Navy’s solicitation for an unmanned aerial vehicle (UAV) that incorporates Magnetic Anomaly Detector (MAD) sensors. As the article notes, this capability is useful for finding submarines as it “detects changes in the earth’s magnetic field caused by a large metal object” such as yon u-boat. What is perhaps most interesting about the solicitation is that it calls for the UAVs to be expendable and launched from a P-8A Poseidon. The concept of aerial motherhips is by no means new – one only need look back to the glory days of zepplins with biplane detachments, or to the helicarrier in the recent movie The Avengers  to get a sense of the breadth of idea. And the solicitation for the Poseidon doesn’t mark the first go at aircraft-launched UAVs: In 2009, an expendable sonobuoy tube-launched UAV called Coyote was tested out a NOAA’s WP-3D Orion under an Office of Naval Research. A less successful small busines
Post a Comment
Read more...
More posts