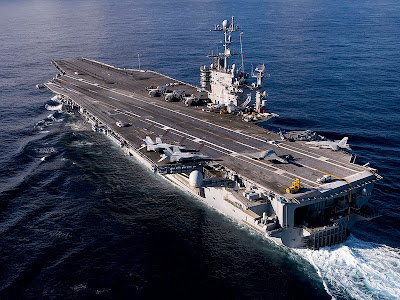 The past few years has seen a mostly uninformed tit for tat in the media and blogosphere regarding the costs of operating unmanned vehicles, especially when it comes to the personnel involved in operating and supporting them.  Those favoring drones often overlook the back-end costs of analyzing large amounts of data gathered by persistent intelligence, surveillance, and reconnaissance missions.  Those in support of manned aircraft discount the ability of single operators to control one or more autonomous aircraft, the fact that training and proficiency requirements are much lower for drone operators than manned aviators, and often mistakenly compare cost platform for platform rather than total time on station, or "orbits." As the U.S. Navy plans significant investments in programs such as the UCLASS aircraft, additional analysis will need to be undertaken in order to develop more accurate long term budgets for these systems.   Towards this end, Commander Gary Lazzaro, a s
Post a Comment
Read more...
More posts