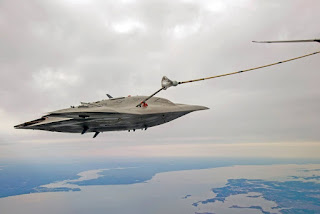 Looking Back at 2015  Our highly unscientific Twitter poll below shows what some readers thought were the most significant events in unmanned naval systems for 2015. Most significant naval drone story of 2015? — Naval Drones (@NavalDrones) December 28, 2015 For details on these stories, see:  X-47B Refueling ,  Russian Kanyon Nuclear UUV ,  UCLASS RFP X-47B takes on fuel And Forward to 2016 What follows are our expectations, hunches, and just wild guesses of the major developments to watch for in naval unmanned systems industry during the coming year. Sanity Prevails  - After spending nearly a billion dollars and more than two decades developing the troubled  Remote Minehunting System , the U.S. Navy will cancel the program.  Lockheed's RMS, which was intended to be one of the Littoral Combat Ship's key mission packages, will be replaced by one or more of the growing number of versatile, less expensive mine-countermeasure UUVs. Also, the Navy will finally mak
Post a Comment
Read more...
More posts